If you thought that illegal hacking was just the province of disgraced British tabloid newspapers like The News of the World, think again.

Yes, the now defunct News of the World has made plenty of headlines in recent years for phone hacking, and senior members of its staff have ended up in prison, but they’re not the only news outlets owned by Rupert Murdoch to have admitted to a penchant for breaking the law in the hunt for a story.

Sky News and The Canoe Man

For instance, in April 2012, I wrote on the Naked Security site about how Sky News admitted it hacked into an email account belonging to John Darwin – the so-called “Canoe Man” who faked his own death as part of a complex fraud involving his wife.

Sky News attempted to justify the hack by saying it was “in the public interest”. In another case, the TV station admitted it had hacked into the email accounts of a suspected paedophile and his wife, but on that occasion it did not result in a report being published or broadcast.

The Times and the NightJack blog

Another Murdoch media outlet to have admitted hacking is, perhaps surprisingly, The Times.

It’s not hard to imagine the likes of The News of the World behaving in shady ways to uncover celebrity tittle-tattle or to snoop on the Royals, but would you believe that one of the world’s oldest newspapers would engage in hacking?

Back in 2009, The Times revealed the true identity of “NightJack”, an anonymous award-winning police blogger who had detailed the day-to-day experiences of his working life.

The newspaper revealed that the blog’s author was Lancashire detective Richard Horton, after it had successfully overturned an inunction protecting his identity.

The newspaper argued – again – that the information was in the “public’s interest”, and insisted that it had used legitimate journalistic methods to uncover NightJack’s identity.

However, during 2012’s Leveson Inquiry into media ethics it was revealed that Patrick Foster, a journalist with The Times, had hacked into the police blogger’s email account. Times editor James Harding told the inquiry that he regretted the incident.

Now, two years later, the story has come to a conclusion. The Guardian reports that Foster will not have his day in court over allegations that he hacked the NightJack blogger’s email account, and has accepted a caution under the Computer Misuse Act.

“Any decision by the CPS does not imply any finding concerning guilt or criminal conduct; the CPS makes decisions only according to the test set out in the Code for Crown Prosecutors and it is applied in all decisions on whether or not to prosecute,” said Gregor McGill, a senior lawyer at the CPS.

“In relation to the allegation of unauthorised computer access, that individual has been cautioned for an offence contrary to Section 1 of the Computer Misuse Act 1989. The evidence was considered carefully in accordance with the Code for Crown Prosecutors and the DPP’s guidelines on the public interest in cases affecting the media. In accepting a caution an individual accepts responsibility for the offending set out.”

The Guardian reports Foster as describing the police investigation as “heavy-handed” and a “nightmare”.

Foster said he did not know whether he would have been in charged if he had rejected the caution, but added that he could not “in good conscience” have risked putting his family “through many more months of heartache, and mounting legal costs”.

Foster has been unable to pursue his career as a journalist while in legal limbo over the past two years.

“No one should ever have to suffer the extrajudicial punishment of two years on police bail, and my sympathies are with others still languishing in this invidious position,” he said.

You can read a full statement from Patrick Foster here. 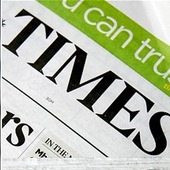 Well, yes. It must be a ghastly experience. And I am sure it has been a horrendous time for Foster and his family. And if the authorities felt that a caution was sufficient that should probably have happened much earlier in the process.

But then, I don’t believe that anyone should ever have to suffer having their email accounts hacked into either – especially by people working for news agencies that should really be working to a higher standard than that.

The police, the proper crime-fighting authorities, have the ability and the means to lawfully access email communications as part of their investigations. If journalists believe some wrongdoing may be occurring, they should probably be presenting their evidence to the police first, rather than flexing their hacking talents.

After all, it’s easy to imagine how evidence could become corrupted – or could be argued to have become tainted or compromised – if unauthorised third parties have had access to it.

Maybe we’re living in a different world now, following the sentences handed down to some of those who were involved in voicemail hacking at the News of the World.

Remember this, whether you’re a journalist or not, just because you can hack into somebody’s account doesn’t mean that you should. Accessing someone’s email account without their permission is illegal, and you could end up with a criminal sentence.