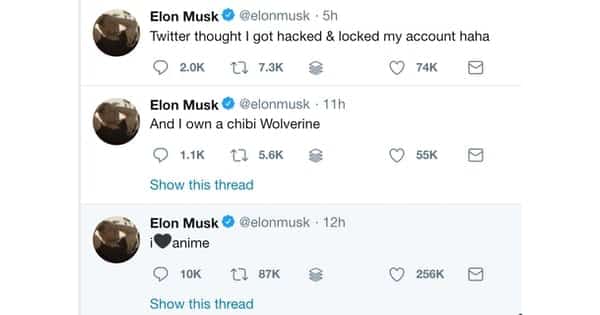 Elon Musk has been behaving a little bizarrely of late.

When he’s not accusing Thai cave rescuers of being paedophiles, or getting high on podcasts while Tesla’s stock goes down, he’s stepping down as Telsa’s chairman and paying a $20 million fine to the SEC over an ill-advised tweet.

But still, it’s perhaps not that surprising that someone at Twitter thought Musk’s account had been compromised when he started posting some bizarre tweets earlier this week. 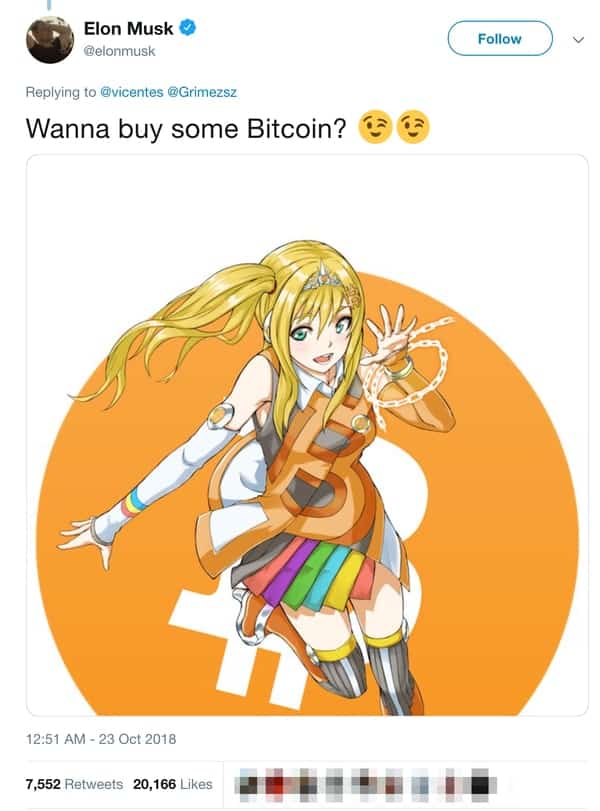 That last tweet from Elon Musk was particularly asking for trouble, as there have been many many reports of scammers pushing Bitcoin scams on Twitter while pretending to be the Tesla founder.

Sure enough, Twitter locked Elon Musk out of his account, a fact which appeared to delight the entrepreneur:

For further discussion of this, and other stories from the world of security and online privacy, be sure to check out the “Smashing Security” podcast: