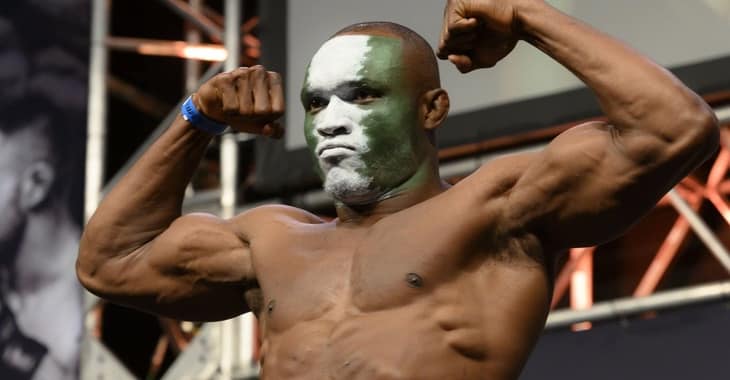 Usman wasn’t there to fight. He was there to watch former UFC featherweight and lightweight champion Conor McGregor and Donald ‘Cowboy’ Cerrone battle it out in the ring.

As it happens, Usman didn’t have to sit for very long. Irishman McGregor destroyed Cerrone in just 40 seconds.

That in itself would normally have made ample eye-catching headlines for those who get a kick out of seeing two grown men thump each other, but some of the spotlight was diverted onto what Usman’s Twitter account had been saying.

In the hours before the event, a series of explicit tweets were posted from Usman’s account – directed largely at McGregor and McGregor’s partner Dee Devlin. 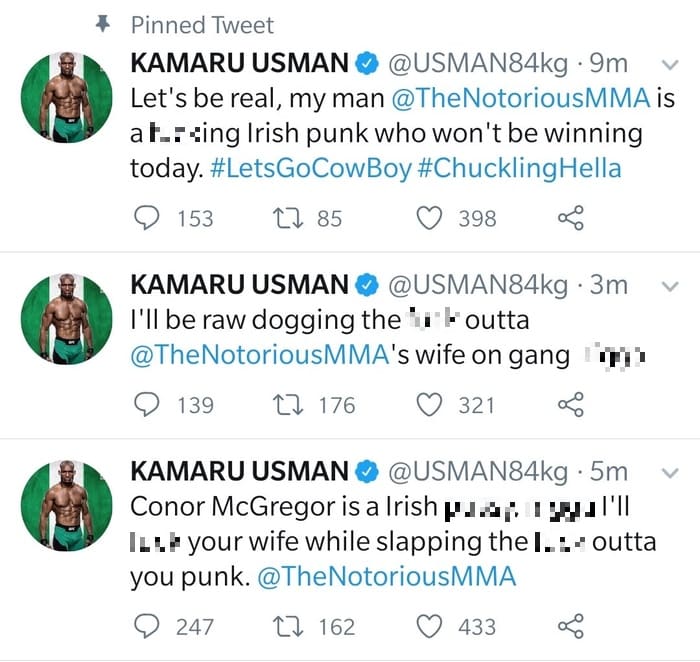 Usman and his management team deny that they are responsible for the offending tweets, which are being blamed on a hacker.

And that certainly seems a plausible explanation if a later tweet is to believed, where the hacker posted a screenshot of what claimed to be Usman’s bank account balance. 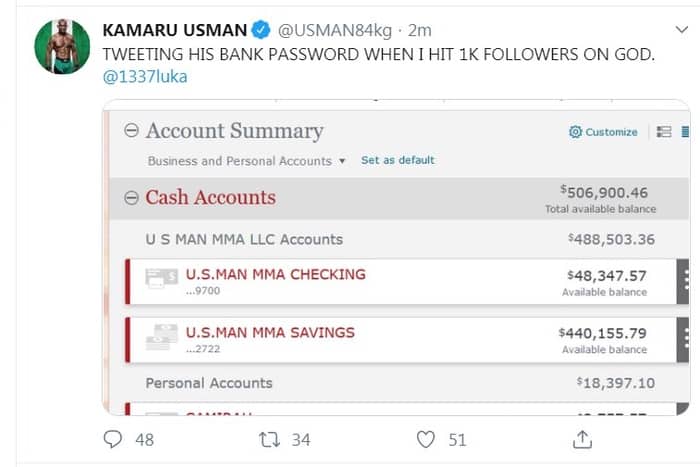 Some time later Usman’s manager Ali Abdelaziz confirmed that the issue would be dealt with.

Guys Kamaru Usman’s @USMAN84kg Twitter has been hacked UFC is working on getting it back.

Sure enough the offending tweets have since been deleted, and one hopes that Kamaru Usman has reviewed the security of his accounts, enabled app-based two-factor authentication, and reset any passwords that may have been compromised.

After all, it would be a terrible shame if a simple hacking incident caused there to be bad blood between the two brawlers.