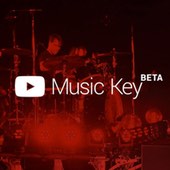 Pardon my ignorance (maybe I missed the ad?) but I wasn’t previously aware that Google had introduced a way of listening to music ad-free in the form of YouTube Music Key.

That all changed, however, when I received this spam email message, claiming that my six-month trial was over and that I was about to be charged almost ten euros a month: 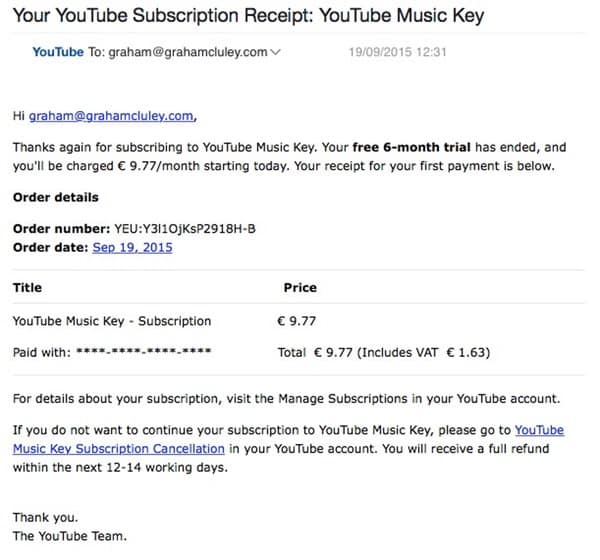 Part of the email reads:

Thanks again for subscribing to YouTube Music Key. Your free 6-month trial has ended, and you’ll be charged € 9.77/month starting today. Your receipt for your first payment is below.

It’s easy to imagine, though, how the red mist could rise in some folks’ eyes as they imagine they are about to be charged for a service they don’t use, and weren’t ever aware that they had signed up, and that they might click on the links without taking proper care.

Because, of course, the links don’t go to a Google or YouTube webpage. And what lurks at the other end could be a phishing page, or a webpage hosting malicious code or a drive-by download.

You simply don’t know until you click on it. But you *can* hover your mouse over the link and tell if it’s going to take you directly to Google/YouTube or not.

If more people applied a little caution, rather than letting outrage drive their mouse-clicking, the internet would surely be a safer place.

6 comments on “Watch out for bogus YouTube Music Key emails!”