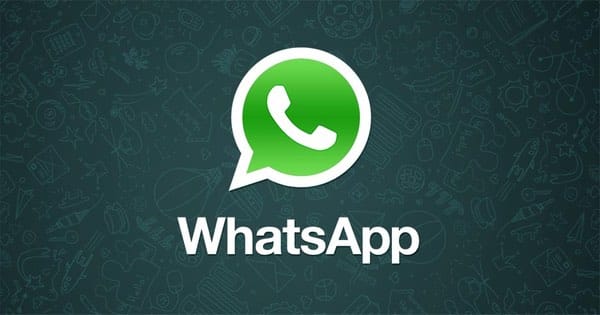 WhatsApp has made a big announcement, that will help protect the privacy of its one billion users.

End-to-end encryption on all communications sent via WhatsApp, enabled by default. 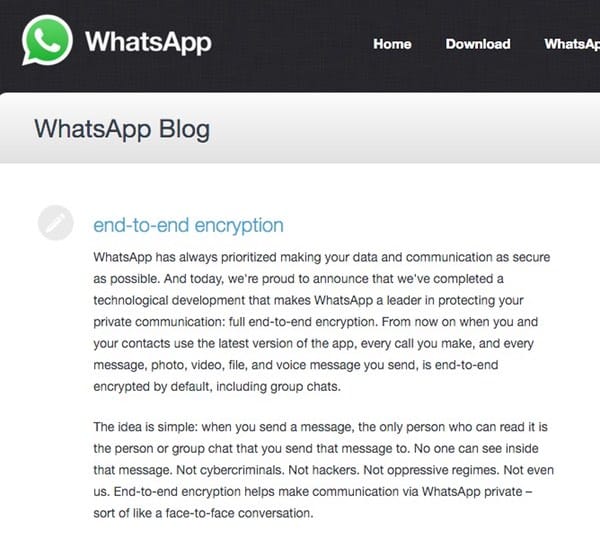 “From now on when you and your contacts use the latest version of the app, every call you make, and every message, photo, video, file, and voice message you send, is end-to-end encrypted by default, including group chats.
The idea is simple: when you send a message, the only person who can read it is the person or group chat that you send that message to. No one can see inside that message. Not cybercriminals. Not hackers. Not oppressive regimes. Not even us. End-to-end encryption helps make communication via WhatsApp private – sort of like a face-to-face conversation.”

In short, there isn’t a way to intercept and decipher the message sent via WhatsApp. A hacker can’t do it. WhatsApp can’t do it. A government can’t do it.

The only places that the message could potentially be grabbed are on the two devices themselves that are communicating with each other – not in between.

The timing of WhatsApp’s announcement couldn’t come at a more important time, as law enforcement agencies and governments have been rallying against encryption and demanding backdoors in technology to spy upon communications.

My opinion is that encryption is a powerful tool which can be used for good, helping protect our personal and collective liberty – and that those who seek to water down encryption are putting us in more danger than those who they are seek to protect against us.

“Encryption is one of the most important tools governments, companies, and individuals have to promote safety and security in the new digital age. Recently there has been a lot of discussion about encrypted services and the work of law enforcement. While we recognize the important work of law enforcement in keeping people safe, efforts to weaken encryption risk exposing people’s information to abuse from cybercriminals, hackers, and rogue states.”

It is very cool what WhatsApp has done – but it is clearly not going to be popular with everyone. If you thought the recent FBI/Apple iPhone debacle in the courts was a big story, you ain’t seen nothing yet…

Don’t delay. If you’re not already running the latest version of the WhatsApp app on your iPhone, Android device, Nokia or Blackberry, now would be an excellent time to update.

11 comments on “WhatsApp is now encrypting all your messages, by default, all the time, end-to-end”