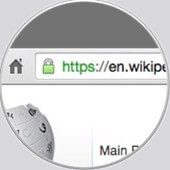 Wikipedia has announced in a blog post that it is switching its systems in order to deliver all of its content via encrypted HTTPS connections:

“The HTTPS protocol creates an encrypted connection between your computer and Wikimedia sites to ensure the security and integrity of data you transmit. Encryption makes it more difficult for governments and other third parties to monitor your traffic. It also makes it harder for Internet Service Providers (ISPs) to censor access to specific Wikipedia articles and other information.”

In other words, you should start to see the little green padlock in your browser’s address bar, confirming a secure connection is in place – and your browsing of Wikipedia articles cannot be snooped upon. 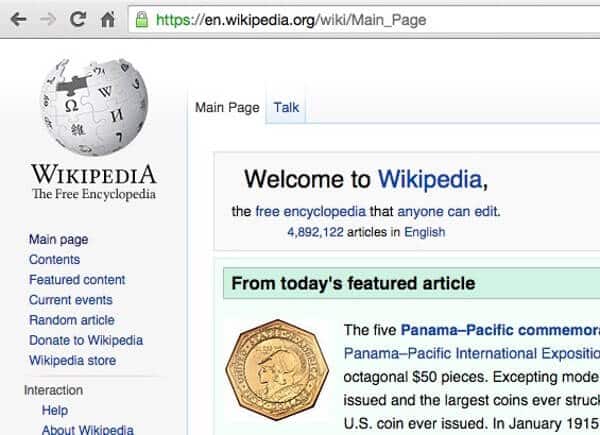 The world’s biggest encyclopedia of knowledge (and nonsense) says that it has been working on the switch for some years, and that surfers have been able to manually choose https connections to Wikipedia for some time. But soon it sounds as if it will soon be the only way to access the site.

The only fly in the ointment is that parts of the world with lower-quality internet connections or where there are restrictions on freedom of information, may find their access to Wikipedia more challenging, in spite of “efforts to minimize negative impacts related to latency, page load times, and user experience.”

Still, a strong message has been sent out. Encryption is the future.

“We believe encryption makes the web stronger for everyone. In a world where mass surveillance has become a serious threat to intellectual freedom, secure connections are essential for protecting users around the world. Without encryption, governments can more easily surveil sensitive information, creating a chilling effect, and deterring participation, or in extreme cases they can isolate or discipline citizens. Accounts may also be hijacked, pages may be censored, other security flaws could expose sensitive user information and communications. Because of these circumstances, we believe that the time for HTTPS for all Wikimedia traffic is now. We encourage others to join us as we move forward with this commitment.”

Just last week I reported how all US .gov websites were being ordered to also go HTTPS-only… putting it in conflict with intelligence agencies who are arguing that encryption technology is hindering surveillance capabilities.

Encryption is a good thing. Well done to Wikipedia, one of the web’s most popular sites, for sending such a clear message.