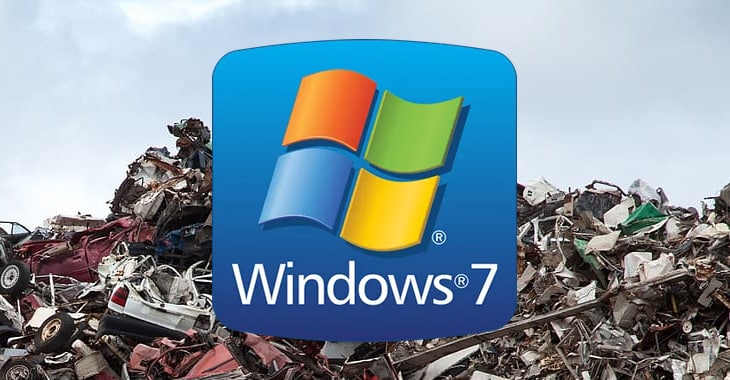 So this is it.

At 11am PST (7pm UK), Microsoft will release its last ever Patch Tuesday updates for Windows 7. After today, Microsoft says it won’t release any more security patches for the ageing operating system.

It’s not as if they didn’t warn you. Microsoft killed off its mainstream support for Windows 7 way back in January 2015, and the software has been on “extended support” ever since.

But now, time really is up. Microsoft would really like you to upgrade to a more modern version of Windows, but seeing as that will require a hardware upgrade for many users I can’t help but feel that many will simply choose to continue using a legacy operating system that is no longer receiving patches against newly-found vulnerabilities.

That’s clearly a risky strategy, and Microsoft isn’t the only organisation to tell users that they need to ditch Windows 7.

The UK’s NCSC, speaking to the media this week, has warned users that they should not only upgrade their computers but should also refrain from accessing their banking, email and other sensitive accounts from PCs running Windows 7:

“The NCSC would encourage people to upgrade devices currently running Windows 7, allowing them to continue receiving software updates which help protect their devices.”

“We would urge those using the software after the deadline to replace unsupported devices as soon as possible, to move sensitive data to a supported device, and not to use them for tasks like accessing bank and other sensitive accounts. They should also consider accessing email from a different device.”

And don’t use the defence of thinking, “Oh, I’ll be fine. I can handle it.”

You may not care about your computer being infected or compromised by malware, but don’t forget that you are putting the rest of the online community at risk by potentially giving criminals a platform – in the form of your compromised Windows 7 PC – to launch attacks against other people’s systems.

Alarmingly, the latest statistics suggest that some 27% of all Windows users are running, yup, Windows 7. 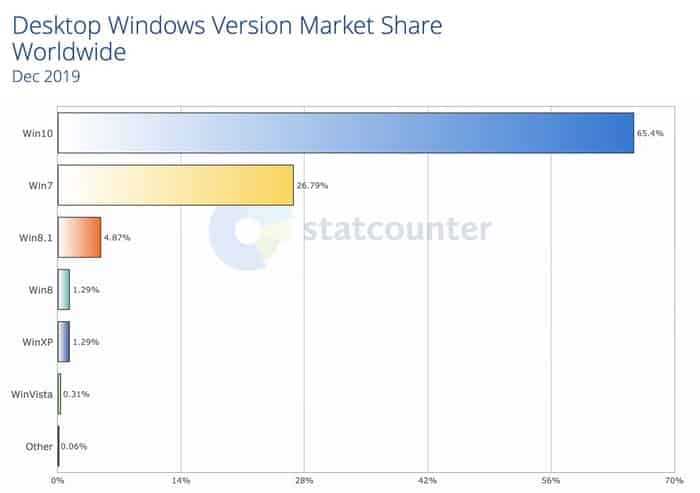 My hunch is that Windows 7 isn’t going away soon…

And, of course, we’ve been here before. Windows XP stopped being officially supported by Microsoft in 2014, and astonishingly is still being used to this day…

9 comments on “27% of Windows users are still running Windows 7. They need to stop now”