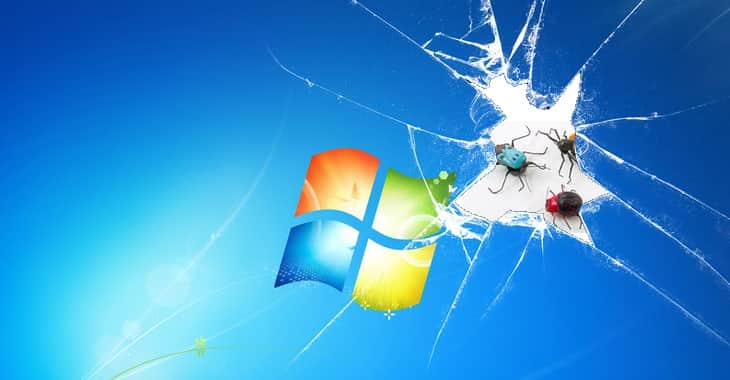 Remember how I explained earlier this month how Microsoft wasn’t going to release any more updates to Windows 7, and how it would be a really good idea (if you care a jot about security) to switch to a newer version of Windows or something else?

Yeah, well, about that…

Turns out that Microsoft’s final ever ever (pinky swear!) Patch Tuesday update for Windows 7 contained a bug. Specifically, if you had chosen to “stretch” the background wallpaper you had chosen for your Windows 7 desktop it would not be shown. Instead you were likely to see an ugly black wallpaper instead.

Impacted users took to Reddit and Microsoft’s support forums, with pitchforks and flaming torches demanding a fix from the software giant.

And, it appears, Microsoft is listening. It has offered mitigation advice for how Windows users affected by this wallpaper catastrophe – which can be summed up as: stop stretching your wallpaper, or choose a wallpaper which fits properly.

To mitigate the issue, you can do one of the following:

But more than that, as Bleeping Computer reports, Microsoft plans to release an update in an upcoming release which will be released to all customers running Windows 7 and Windows Server 2008 R2 SP1.

Phew! Thank heavens for that.