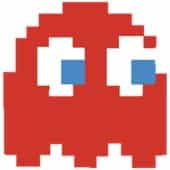 If you’re writing software for iOS or OS X, chances are that you will use Apple’s Xcode library.

But if you’re a programmer with a flakey internet connection, you may decide that you can’t be bothered trying to download it from Apple’s own servers, but instead download it from elsewhere on the net.

That could turn out to be an unfortunate mistake.

Scores of iOS apps have been uncovered infected with the XcodeGhost malware, all compiled with a poisoned version of Xcode.

Amongst the apps said to be infected is WeChat, a messaging app developed by Tencent that is used by millions of people worldwide.

Watch my video to find out more, and check out the blog posts published by the security experts at Palo Alto Research.

Remember you can subscribe to my YouTube channel to catch up with my video rants and raves.